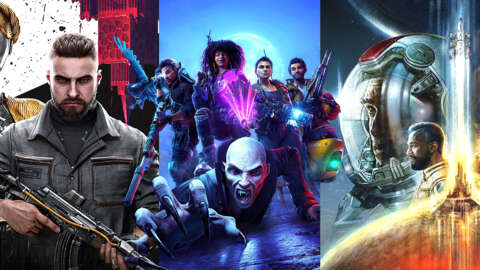 These first two games are Xbox exclusives, first-day Game Pass releases with a lot of buzz around them: Starfield and Redfall. They’re also the first two on this list that don’t have a solid release date, but are still confirmed for sometime in 2023, according to this video recording. But as awesome as those games look, let’s talk about two games you can play soon. In February, you’ll have Atomic Heart on the 21st and Destiny 2: Lightfall a week later on the 28th.

In March, you can look forward to exploring the world of The Day Before, an open-world MMO survival game set in a post-pandemic America. The whole package looks like a cross between The Last of Us and The Division, so fans waiting for The Division Heartland – the free-to-play spin-off – will be waiting for new information from Ubisoft on Day 1. I can get lost.

And if that’s not enough zombies for you, Dead Island 2 has you covered and will be released on April 28th. This sequel, which was originally announced in 2014, doesn’t seem to be going too far from how the first game was. In keeping with this theme of survival: STALKER 2: Heart of Chornobyl. Stalker 2 is the long-awaited mainline sequel to the cult classic original Stalker: Shadow of Chernobyl from 2007.

If you’re looking for more ways to spend time with your friends, check out Hyenas, Exoprimal or Payday 3. If you’re in need of a heist game soon—that’s not GTA-related—you might be interested in Crime Boss: Rocky City. which releases on March 28. Looking for a game with more of an old school feel? Keep your eyes peeled for Warhammer 40,000: Boltgun. On the more modern side of things is Warhammer 40,000: Space Marine 2.