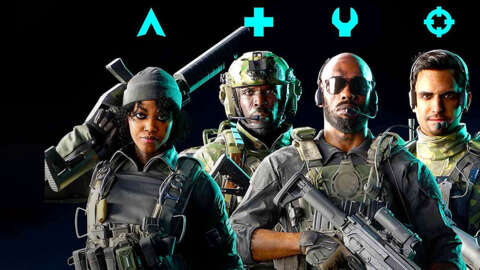 At launch, Battlefield 2042 had specialists, unique characters who each had a special ability or gadget but all weapons were available to all characters meaning they didn’t have characters like in past BF games. DICE said that many players found them polarizing, for example it was difficult to tell at a glance what an enemy player could do, and the dev immediately began assembling a team to Analyze what can be changed based on fan feedback.

The result isn’t that Specialists are going away entirely, but that instead they’ll be grouped into the four classes that Battlefield fans know and love—Assault, Support, Engineer, and Recon.

In other FPS news, Hyenas is giving PC alpha players a chance to play their brand new Plundership Map, We Took Manhattan, this weekend.

Alpha 1.11 begins on Friday, January 20th at 9 PT / 12 PM ET and ends on Monday, January 23rd at 1 PT / 4 PM ET. During this time, players will be able to check out the updated WeTook Manhattan map, which features New York references from the Brooklyn Bridge to Wall Street, with the Statue of Liberty at the center of the map, located at Liberty Hall. .

Developer Creative Assembly has also revealed the following three alpha test dates for the coming months, which you can check out below, and it looks like Weekend 3 will feature something Sonic the Hedgehog-related. .