A British national was among dozens killed in a plane crash in Nepal on Sunday.

Nepali authorities initially said Rowan Callum Creighton was from the Republic of Ireland – but the UK government has since confirmed he was British.

A Foreign Office spokesman said: “We are supporting the family of a British man who died in Nepal and are in contact with the local authorities.”

The ATR 72 aircraft was operated by Yeti Airlines. It had 72 people on board when it crashed on Sunday. 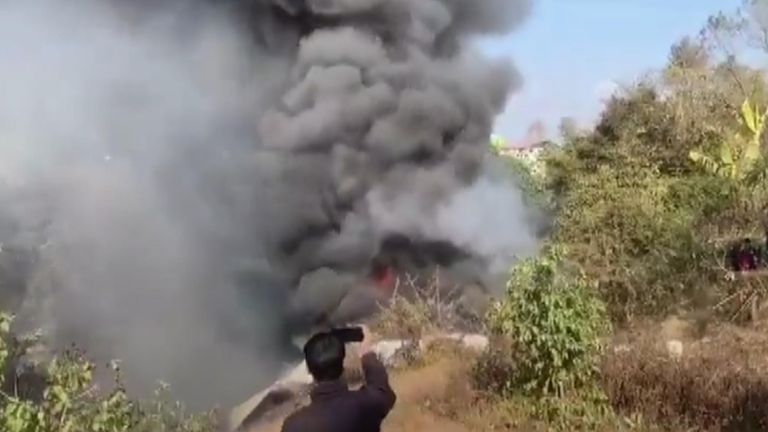 Smoke is rising from the crashed plane in which 72 people were on board.

At least 68 people were confirmed dead in the crash, the worst in more than 30 years.

gave Aircraft black box and cockpit voice recorder Both were found in the wreckage.

Investigators will use the data on the recorders to help determine the cause of the plane crash. 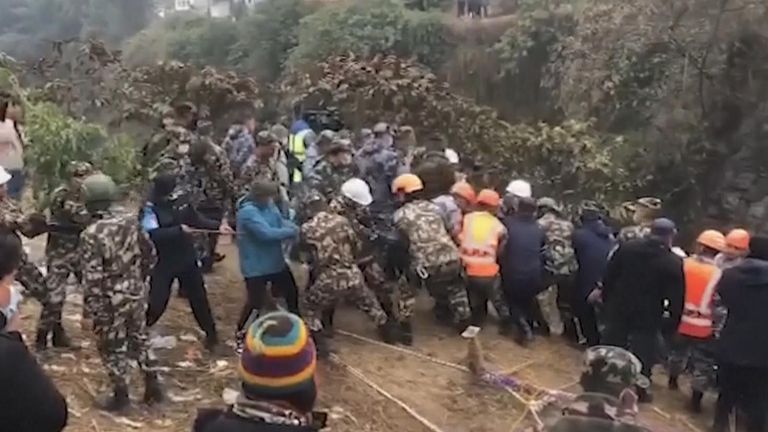 Authorities are removing bodies and debris from a ditch in Pokhara where a plane crashed.

He saw the plane drop first to his left and then into the ravine.

The crash comes less than a year after the Tara Air crash that killed 22 people.