A statue of former Russian queen Catherine the Great has been removed from Odessa, Ukraine.

A monument to the founder of Odessa was originally placed in the city center in 1900 but was removed in 1920 by the then Bolshevik rulers before the local council restored it in 2007.

At the time, after Ukraine had been independent from the Soviet Union for a few years, Odyssin wanted to return the statue as a thank you for founding the city.

But on November 20 of this year, authorities agreed to remove the structure after an online vote by Odessa residents.

It will be moved from Ekaterinanskaya Square to the Odessa Fine Arts Museum. Ukraine City 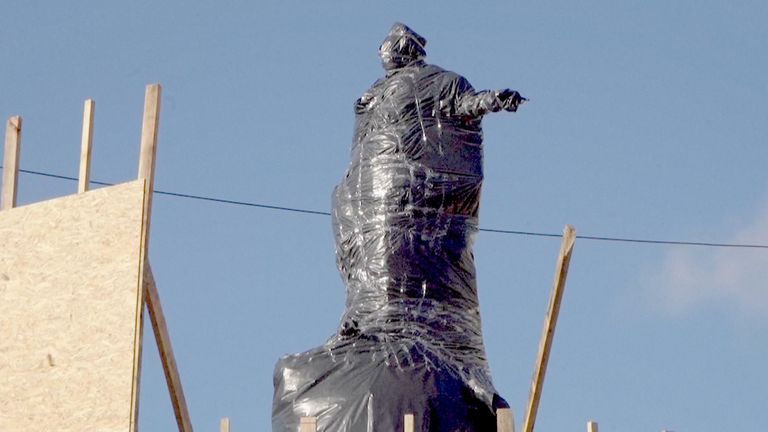 A statue of 18th-century Russian queen Catherine the Great has been removed from Odessa.

Residents had mixed reactions to its removal.

Read more: Latvia takes down the obelisk center of the Soviet-era monument.

Following Russia’s invasion of the country in February, Ukraine has been ramping up efforts to wipe out the Soviet Union. Russian Influence from public spaces by demolishing monuments.

A campaign by Ukraine’s leaders that previously focused on shedding its communist past has shifted to one of “de-Russification.”

Catherine the Great was the last Empress of Russia who ruled from 1762 to 1796.

He is considered the founder of Odessa as he ordered its birth in 1794.

During his reign, he annexed the borders of the Russian Empire to territories of modern-day Ukraine, including Crimea.

Over 200,000 square miles of new territory was added to the Russian Empire under Catherine’s rule.