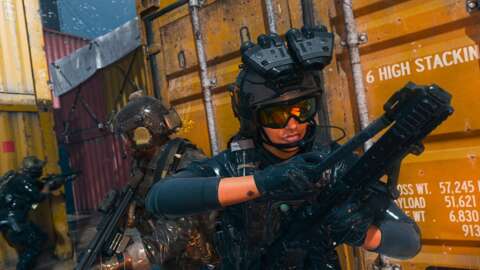 But a new update has arrived. Call of Duty: Modern Warfare 2 And Warzone 2, fixing several frustrating bugs and crashing issues in Multiplayer, Battle Royale, and DMZ. The full patch notes can be found below, but a few highlights include fixes for annoying chat bugs and battle pass issues.

A major change in the update is a much-needed fix for a chat bug that caused multiple players’ names to remain on screen when speaking in chat. This was frustrating as it caused names to be frozen in future matches, and the only way to correct it was to restart the game.

While it may be too late for those who have already completed it, the fixes finally make their way to the Season 1 Battle Pass. Players who still need to complete passes should now experience less freezing and navigation issues. The update also introduces a new feature to highlight any unspent Battle Pass tokens.

According to Infinity Ward’s patch notes, changes have also been made to fix navigation issues and text bugs that affect Gunsmith. It also fixes an issue that sometimes caused the player’s screen to go black when moving out of firing range.

For Warzone 2, the update addresses an exploit that allows players to gain XP when using Stim in Gas. It also fixes the annoying loadout crate bug, which could cause the player to freeze, disconnect from the game, or experience a loss of functionality after interacting with a loadout crate.

Additionally, Infinity Ward says the update includes several fixes to reduce the number of known crashes in Modern Warfare 2 and Warzone 2. Full patch notes can be found below, As shared by Infinity Ward..

Season 2 will bring the next major update to both games, including new maps, weapons, and a fresh Battle Pass. There will also be a season 2. Turn Al Mazra’s Gulag into a 1v1 arena.. Unfortunately, Activision has announced. Season 2 of Modern Warfare 2 and Warzone 2 are now delayed. for two weeks. Originally scheduled for February 1, Season 2 will now begin on February 15, which the publisher says is to give developers more time to implement changes based on player feedback.