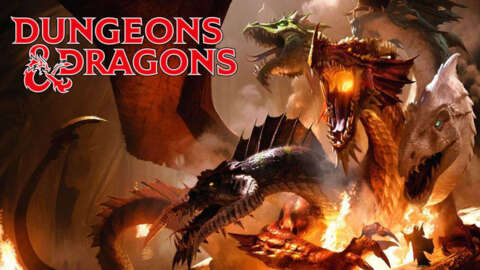 earlier this week, Bloomberg reported. that Wizards of the Coast, owner of the Dungeons & Dragons brand, had canceled at least five video game projects as part of its move away from digital gaming. However, in a strange twist, one of the studios specifically named in the report has publicly announced that its game has not been canceled, saying it “wants to set the record straight.”

Hey everyone, just wanted to set the record straight:
Our epic D&D project with Wizards is still happening! In fact, we are currently hiring and looking for talented people to join our team. Check out our jobs page https://t.co/mXo7I9BPY1

What makes this situation so unusual is that Bloomberg reporter Jason Schreier is standing by his reporting, tweeting: Repeatedly A Wizards of the Coast spokesperson (in addition to an unknown source) confirmed that the plan was on. As such, it appears to be some kind of tragic miscommunication, but it’s not clear where the disconnect is.

We don’t know much about Hidden Path’s D&D project, other than that it’s a “AAA open-world, third-person, single-player RPG.” Rental page. The developer is perhaps best known for its Defense Grid series, though it has also made a few VR games in recent years, including Witchblood and Brass Tactics.

While this mix-up is strange, it’s not the only conflict facing Wizards of the Coast. The brand recently announced its intention to release a new version of the Open Game License, a legal agreement that governs the independent tabletop gaming industry. A draft version of the new OGL was reportedly obtained from the outlet. io9 This week, and according to its reporting, it will “de-authorize” the use of the original OGL, which was more legitimate than the new version. This will likely set off a protracted legal battle between Wizards and companies like Piezo, the publisher of the Pathfinder games, which rely on OGL for a significant source of revenue.