Fire Emblem Engage Everything To Know 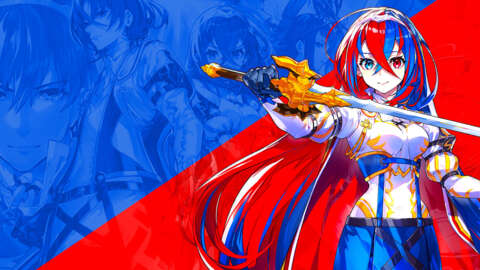 In Fire Emblem Engage, 1000 years have passed since the four kingdoms cooperated with each other and with heroes from other worlds (aka from other Fire Emblem games) to seal the Fell Dragon on the continent of Eleusis. As evil prepares to reawaken, you emerge as Allair the Divine Dragon, a chosen hero who can bring back heroes from other realms and re-seal the Chaos Dragon.

Like other Fire Emblem games, Engage will be a turn-based tactical combat game with a wide array of original characters that you can upgrade and customize to your liking. Your time is split between tactical tile-based combat and a hub where you can interact with other characters. In Engage, this non-combat part is a floating fortress called Somniel, but hold that thought, we’ll get back to Somniel soon. First, let’s jump into the combat.

Fans of traditional Fire Emblem games rejoice, Engage is bringing back Weapon Triangle, a rock-paper-scissors mechanic of weapon perks that was tweaked in Fire Emblem: Three Houses. Swords beat axes, axes beat spears, and spears beat swords. Leverages the triangle of weapons to create lag, which prevents the defending unit from engaging in this melee. Weapons outside of the triangle such as bows, daggers, and spell tomes are vulnerable to physical attacks. Fire Emblem Engage also removes weapon durability. Once you find or buy a weapon, it’s yours to keep. This change could mean less time managing unit inventory, and more time fighting enemies and talking to allies.