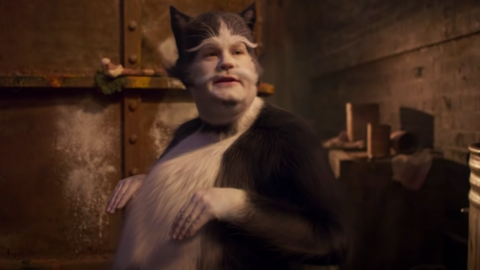 James Corden, perhaps best known for The Late Show with James Corden, is also an actor who has appeared in films such as Into the Woods and Cats. In a new interview, Corden confirmed a popular rumor that he auditioned for Peter Jackson’s The Lord of the Rings – but it didn’t go so well.

But speaking to Josh Horowitz. Happy Sad Confused Podcast, Corden confirmed that his tryout for Sam Wise Gamgee was one of his first auditions as an actor. How was? “Not good,” Corden said bluntly.

Corden recorded an audition tape in which he perfected the Sam accent and Sam’s popular line, “Mr. Frodo!” Cordon said it was recalled twice, but no more were made. The audition video and other details about his take from Sam will apparently be kept under wraps, as Corden wasn’t keen on sharing more details during the interview.

Corden didn’t get the part, but said that didn’t stop him from watching and enjoying the Lord of the Rings movies. He said that I enjoy these films a lot.

The role of Sam Wise eventually went to Sean Aston, who starred in The Goonies and Rudy, before landing a career-defining role in The Lord of the Rings. Other actors who tried out, or were considered, for Lord of the Rings included Nicolas Cage and Daniel Day-Lewis for Aragorn, Patrick Stewart and Sean Connery for Gandalf, and Jake Gyllenhaal for Frodo.

Filming on the popular series began with Stewart Townsend as Aragorn, but was replaced by Viggo Mortensen at the start of the shoot.

As for Corden, he is retiring from his CBS nightly show, The Late Show with James Corden, later this year. The final episode is scheduled for mid-2023.

The Lord of the Rings film series will continue with the animated film The War of the Rohirrim in 2024. A second season of The Rings of Power is also in the works.