James Marsden Wishes Westworld Was ‘Able To Complete The Story’ 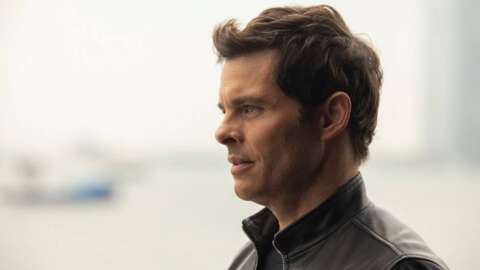 Westworld actor James Marsden feels the same way fans do about the show’s cancellation: disappointed. He recently expressed his thoughts on the fate of the HBO series and even expressed hope that there is a way to end it in the future.

Addressing. rolling Stone, Marsden expressed his sadness at the end of Westworld after season 4. “I’d be lying to you if I told you the way we ended Westworld wasn’t a disappointment.” “I would never talk about any of my experiences without thanks, but it would have been nice to have finished the story we wanted to finish.”

Marsden was a regular cast member on Westworld for the show’s first two seasons. He then returned in season 4 after not appearing in the third. His character, Teddy, was a host at Sweetwater.

HBO Cancels Westworld In November, that means there won’t be a final season. to rub salt in the wound, Warner Bros. Discovery has also removed sci-fi series from HBO Max..

Marsden, for his part, acknowledged the business logistics behind Westworld’s cancellation but hopes it will continue somewhere down the road. “I fully understand that it’s an expensive show, and big shows need to have big fans to pay for the expenses. I wish it was more than a financial success,” he said.

“But who knows, maybe there’s a world where it can be completed somehow. Maybe it’s just wishful thinking, because I know we planned to end it the way we wanted to. “