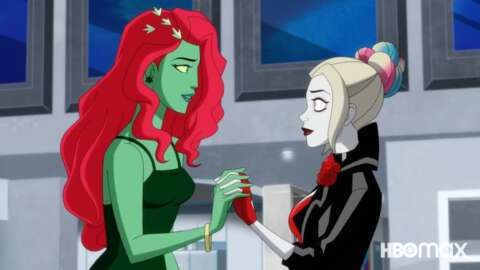 We don’t have a release date yet. Harley Quinn Season 4But that’s okay–HBO Max has something to whet our appetites for a while, and we have a brand new trailer and release date. Harley Quinn: A Very Hard Valentine’s Day special premieres February 9 on HBO Max.

Harley Quinn Season 3 was about Harley Quinn and Poison Ivy navigating the early stages of a relationship when both brought so much baggage with them. Both are looking more stable now, though, and it’s time for them. Celebrate Valentine’s Day.

“As Harley goes to obsessive lengths to make sure her first Valentine’s Day with Ivy is the best ever, Ben’s efforts to impress an unlikely date go horribly awry,” reads the official synopsis for the special. “Meanwhile, after an unfortunate online dating encounter, Clayface engages in some self-love.”

The trailer confirms that the Harley Quinn special will continue. Play fast and loose with DC Cannon, even giving villains like Darkseid (voiced by Michael Ironside) a chance at love. The best moment comes when Ben contacts Etrigan the Demon for help. This character always speaks in rhyme, and so he says to Bane, “Men are from Mars, women are from Venus, let me guess, you want a big–” you get the idea. They both stick to what makes the character unique and play with it with aplomb.