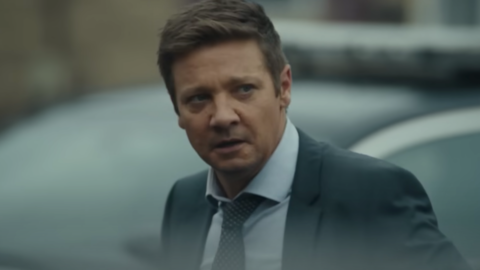 Actor Jeremy Renner, the mayor of Kingstown, was seriously injured on New Year’s Day while helping to rescue someone trapped in deep snow. Photos taken from the ICU showed major injuries to Rainer’s face. He is now out of the hospital and recovering at home, and Paramount+ is making the change to Mayor of Kingstown Key Art out of respect for Rainer’s situation.

As seen. The Hollywood Reporter, Paramount+ has replaced the promo art for The Mayor of Kingstown Season 2. It used to show Renner’s face with major injuries, but now that Renner has suffered very similar injuries in real life, the network has made changes to the art. Renner’s character’s face still looks scarred, but it’s been toned down. See the comparison in the image below.

“It’s a good thing for the network. Everyone is sensitive to Jeremy,” Kingstown co-creator Hugh Dillon’s Mayor told THR of the changes.

Mayor of Kingstown Season 2 premiered on January 15. Reiner confirmed on Twitter that he watched the season premiere at home — not at the hospital — with his family. He is still recovering, as Reiner said he continues to experience “brain fog” from the event.

Out of the brain fog in recovery, I was excited to watch episode 201 with my family at home 🙏❤️🙏

Rainer was using a snow plow tractor to help a motorcyclist stuck in three feet of snow on a private road near Lake Tahoe on New Year’s Day. His own vehicle, a seven-ton piston cat, ran him over.. The stranded motorcyclist was a family member.

Local authorities said it was just an accident and no foul play was suspected, and there was no reason to believe Rainer was in any way impaired at the time. First responders did not arrive on the scene for more than 30 minutes due to a The recent snow storm that dropped three feet of snow the night before.

Renner is a two-time Oscar nominee, known for his roles in The Hurt Locker and The Town. In the MCU, he plays Clint Barton AKA Hawkeye.