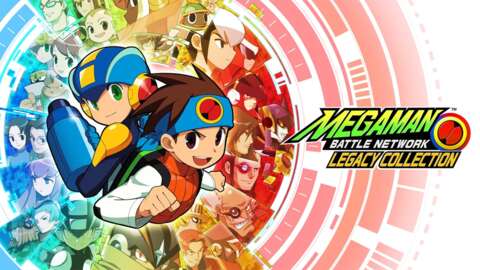 Fans eager to jump into the upcoming Mega Man Battle Network Legacy Collection One can pre-order the digital PC version from Greenman Gaming for just $51 (normally $60), and drop the price down to just $49.19 by using promo code JAN18 at checkout.

The Battle Network Legacy Collection includes all 10 games in the series originally launched for the Game Boy Advance in the early 2000s. Unlike traditional Mega Man games, Mega Man Battle Network is a series of story-driven RPGs featuring random battles where players take on enemies using a customized deck of cards. The series is set in an alternate timeline where almost everything in the world is connected to an Internet-like cyberspace network. Players alternate between protagonist Len Hakari and his “NetNavi” avatar, MegaMan.EXE, and battles against hackers, terrorists, and rivals.

Along with many other games in the series, the Mega Man Battle Network Legacy Collection includes new online multiplayer functionality for fans of competitive battle modes, as well as improved visuals, an in-game music player, and more.

This deal is only for the complete collection on Steam, but Capcom is also offering a collection split into two volumes for $40 each. All pre-orders include a “Custom PET Pack” as a bonus. The pack comes with two unique cosmetic skins that replace Mega Man’s 3D model on the menu screen, in addition to four rearranged music tracks that you can listen to with the collection’s in-game music player.