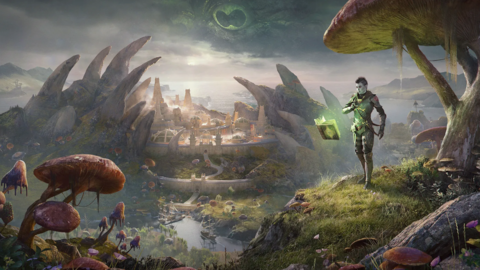 Following the Xbox Developer Direct event this week, Microsoft Confirmed That there will be several other upcoming showcases in the future. These will include the previously announced Starfield “Deep Dive” presentation and an event in Los Angeles this summer.

Starfield was not included in the developer direct so Microsoft and Bethesda could “dedicate appropriate time” to it.

As for the Summer Showcase, Microsoft said, “Our teams are hard at work and look forward to sharing more of what’s next for our fans when we return to Los Angeles for our annual Showcase this summer. “

Microsoft didn’t mention E3 by name, but the company has historically been known to host its Xbox showcase as part of the big show. With E3 returning this year, it looks like Microsoft is referencing its E3 showcase, but nothing has been confirmed at this stage.

Presumably the Starfield showcase will precede the Xbox event this summer, but we don’t know for sure yet. Starfield is set to be one of Xbox’s biggest games – if not the biggest – of 2023. Fans have been waiting for this for a while, as the game was originally set for a November 2022 release before being moved to 2023 alongside Arkane’s Redfall. That game is now. Set for May 2

E3 is scheduled for 2023. June 13-16 Under the new management of ReedPop, the group that organizes PAX and Star Wars Celebration, among other events. For more, check out GameSpot’s rundown of everything we know about E3 2023.