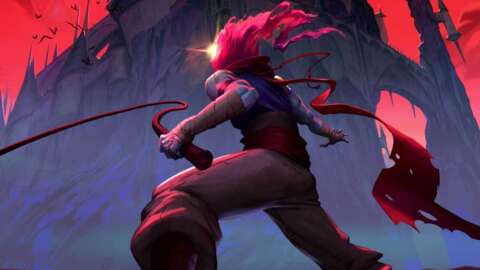 While a new Castlevania game has yet to be completed, the next best thing for the franchise could be its upcoming crossover featuring the roguelike Dead Cells. The upcoming return to the Castlevania expansion was announced last year. Game Awardsand a new trailer was released this week for what Motion Twin and Evil Empire called the biggest Dead Cells DLC to date.

Dead Cells: Return to Castlevania will pit players against familiar enemies lurking about Dracula’s castle. There will be two new biomes to explore and 14 weapons to collect, including Castlevania favorites Vampire Killer, Throwing Axe, and Holy Water. Each weapon has been given an overhaul, so expect these tools to deal with the undead to fit into the fast-paced and frenetic style of combat that Dead Cells is known for.

The expansion will also be challenging, so expect to face tough gauntlets and showdowns with Dracula and Death. There’s even a new story to make sense of this crossover, as Return to Castlevania opens with Richard Belmont recruiting The Beheaded to find Dracula’s home. Not for honor or duty, but mostly for the chance to grab some sweet loot.

There’s no firm release date yet for Dead Cells: Return to Castlevania, but it’s expected to arrive later this year for PC and consoles. While Konami has yet to announce a new Castlevania game since 2014’s Lords of Shadows 2, at least one AAA game developer Would like to have a shot at the franchise.. God of War Ragnarok game director Eric Williams recently commented that he was interested in developing a Castlevania game, and asked fans to lobby Konami to license the IP to make the dream a reality. do