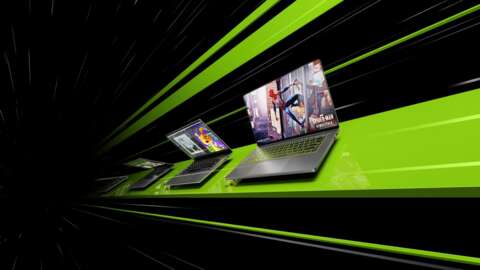 Nvidia has announced new GeForce gaming laptops powered by the RTX 40 series. More than 170 laptop models from all major manufacturers will be released gradually from February 8.

The new line includes all the graphics cards in the RTX 40 line, including the 4080, 4070, 4060, 4050, and even the 4090–for the first time on a laptop. The new GeForce 40 series laptops are three times more efficient than previous laptops. Energy efficiency is due in part to how they ship with the lowest voltage GDDR6 memory yet and how Tri-Speed ​​Memory Control allows the GPU to automatically switch to lower-power memory states.