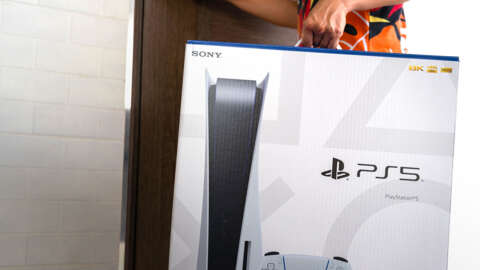 The PS5 launched in November 2020 and has become increasingly difficult to find. I’m still totally amazed that I was able to find one at Walmart in December. This lack of availability was due to global semiconductor shortages as well as other supply chain and logistics issues. For what it’s worth, Microsoft also had issues with the lack of Xbox, as did Nintendo to an extent with the Switch. No one was safe.

Sony also confirmed at CES that the PS5 has now reached 30 million units sold globally. December 2022 was the PS5’s biggest month for sales ever, even surpassing the console’s launch month.

So now that more PS5s are available, does that mean we’ll be seeing a new model soon? Well, a slimmer PS5 model has been rumored, but nothing has been confirmed yet. I’m just scared of a potential pro model; My TV stand is not equipped to handle how big that thing can be.

However, when it comes to new hardware, Sony announced Project Leonardo, a customizable accessible controller kit for the PS5.

Project Leonardo features a circular base and a kit of interchangeable buttons and joysticks that can be fully customized to the player’s specific needs. No official release information, including price or release date, was mentioned in the blog or on stage at CES, only that the controller is still “currently in development.”