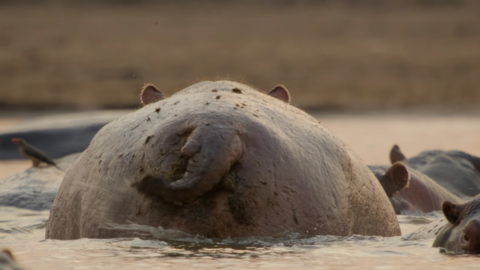 Nature shows like David Attenborough’s Planet Earth and Nature on PBS are fantastic and eye-opening, helping people see and appreciate the beauty around them. But such shows are the most popular and focus on beautiful animals and landscapes. It ends now.

National Geographic has announced a new show called “Underdogs” that focuses on nature’s ugly, goofy, and “unsung heroes” and is being hosted by none other than comedian Ryan Reynolds. .

The show will highlight the “good, bad, and downright ugly” animals of this beloved planet Earth. There are 10 episodes in total, and the series will debut in 2025.

There is a species of Canadian badger that lives entirely on Saskatoon berry pie. This is of course not true by any means but if it were we would document them as underdogs. @NatGeoTV 2025 pic.twitter.com/ZnJfcOes9p

Full details for the underdogs are gratifying and I wish the show comes out sooner than 2025.

“These overlooked superstars come in all sizes, shapes, and smells. They’re withdrawn and troublemakers, brash, unsophisticated, flat, random, and often uncouth,” the description reads. tells “But they’re also warriors, team players, and badass geniuses. They’re doing their best 24-7, keeping the natural world in order for all those showboating polar bears, sharks, and gorillas. are

“I love the nature series and I love making things that my kids can actually see,” Reynolds said in a statement (By deadline). “We’re already having a lot of fun trying to bring a new voice to animal docs. We’re going to put on a show that’s entertaining, surprising, and usually a supporting cast of stranded animals. We will do justice together.”

Executive producer Dan Reis added, “Underdog will make you laugh and possibly spill your coffee in your lap, but ultimately it’s about some of the weirdest and least-explored things on our planet. sheds a new light on the inhabitants to be done, and all these are underpinned by science. and research.”