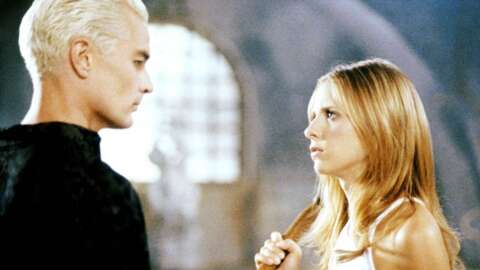 Buffy the Vampire Slayer star Sarah Michelle Gellar has once again touched on her desire to revive the iconic ’90s series. In a recent producer’s roundtable discussion for WrappedGeller spoke about her passion for the show despite its complicated legacy due to creator Joss Whedon’s alleged creation of a toxic workplace environment.

“For so long, I was on what I thought was a very toxic male set, and so it got into my head that all sets were like that, and that women was pitted against each other–that if women became friends, we became too powerful, so you had to put it down,” Geller said. “And now that I’ve had the opportunity to work with so many women and men who support women, I realize how simple an experience it can be, but… unfortunately we’re still in this place. are where these departments often need women to speak up for all of us.”

Geller also reiterated his desire to bring the show back in some form. In a 2022 book commemorating the 25th anniversary of Buffy the Vampire Slayer, Every Generation Is Born a Slayer: How Buffy Won Our Hearts, Geller shares. He hopes Zendaya will play a role in any future reboots.. Gellar also said that as the show stands, it “leaves the door wide open in a wonderful way” and that she would be excited to see “how someone born with this power would stop in this modern world. And what are the new demons…definitely interested to see how you handle being the chosen one now and what injustices you’re fighting and what the demons represent.”

There have been several failed attempts to bring the franchise back, in recent years.

All seven seasons of Buffy are available to stream on Hulu.