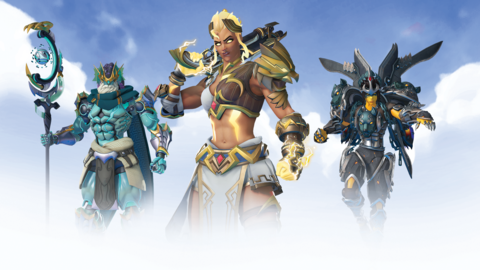 A new one Overwatch 2 event is currently live, and some fans are voicing their opinions on the latest Widowmaker skin, calling it “pay-to-lose.” There are a handful of heroes in the current episode, all in Greek mythology skins.

Thanks to a Charlie Intel Report, we know that the Medusa skin on Widowmaker is hurting players. The report shared a tweet from Overwatch 2 pro Brian St-Pierre, in a tweet showing how loud the snakes on Widowmaker’s head are, making it difficult to hear what enemies are saying. Where are and it is easy for them to recognize you. Because of their noise.

Medusa’s new skin is so loud that it actively punishes you for using it. Not only can you not hear the enemy’s footsteps, you can’t even hide. The enemy team can hear the snakes/hairs on Medusa’s skin and use them to pinpoint your location. pic.twitter.com/S1P6CxO7Qp

One of the main reasons some fans are worried about this is that the only way to get this skin is to buy it with real world money.

gave Battle for Olympus The event pits the heroes in a free deathmatch, and the hero with the most kills at the end of the game gets a statue of himself placed in the Illios Ruins and is declared the champion.

Overwatch 2 is a free-to-play game, and you can download it on Xbox One, Xbox Series X|S, PlayStation 4, PlayStation 5, Nintendo Switch, and PC.

For more GameSpot news, check out these stories: