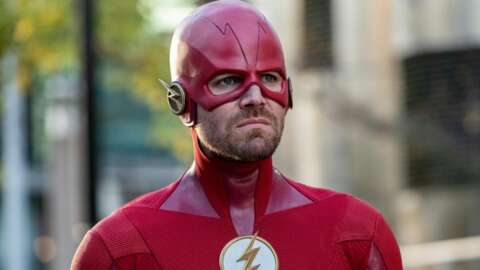 Oliver Queen will re-team with Barry Allen for the final time in the ninth and final season of The Flash. TV line It was first reported on The CW’s announcement that Stephen Amell and other fan-favorite hosts of the series will reprise their roles as the show brings down the curtain.

Joining Amell in returning for Season 9 will be Kenan Lonsdale (as Wally West/Kid Flash), David Ramsey (John Diggle/Spartan), and Sendhil Ramamurthy (Dr. Ramsay Rousseau/Bloodwork). “As soon as our final season was announced, we knew we wanted Stephen to return and reprise his iconic role as Oliver Queen,” The Flash showrunner Eric Wallace said in a statement. “After all, it was Oliver who originally set Barry Allen on his heroic path. That’s why everyone on Team Flash felt strongly that Oliver’s return in the final season of The Flash It’s important to create a full-circle moment.”

Wallace is aware that Oliver died not once, but twice during the “Crisis on Infinite Earths” crossover event, and the character’s return will be “an epic-yet-emotional episode, we hope.” that Arrowverse fans will enjoy.” “Thank you” to everyone for watching and supporting our show over nine wonderful years, Wallace said. “We absolutely can’t wait for everyone to see Grant and Stefan save the world together again. And yes, there will be thrills, chills and tears.”

Original Flash cast member Daniel Panabaker is confirmed to direct this guest-star-studded episode. The final season will premiere on February 8.