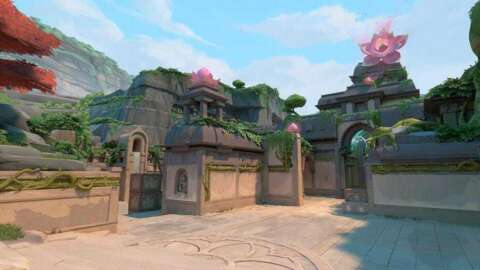 The next big patch for Riot Games’ first-person tactical shooter Valorant is now live, and the update will include two new battle-ready locations, one completely new and the other reworked for better balance.

The new map is called The lotus, which is the ninth map to be introduced since the game’s June 2020 launch. The map features an Indian aesthetic and will include three main areas like the companion Valorant Map Haven.

Split will return to the map pool with the addition of Lotus, and two maps will replace Breeze and Bind in competitive and unranked matches. Split has received a number of tweaks since debuting in Valorant’s closed beta, including a silent dropdown mid-platform for all players, as well as minor adjustments to both sides of the map.

The Valorant 6.00 patch will also fix more than a dozen bugs, including 10 focused entirely on playable agents. Killjoy’s Lockdown ability will now damage all other abilities, for example, while Sova’s Hunter’s Fury will no longer damage an allied Fades Haunt.

Valorant is now available to play for free on PC. Xbox Game Pass for PC owners can unlock all playable agents by linking their Game Pass account to their Riot account.