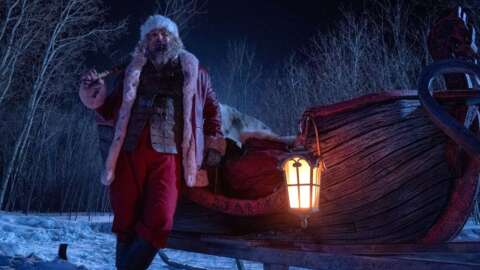 A sequel to Bloody Santa Claus movie Violent Night is already in the works. According to WrappedNorwegian director Tommy Verkola (Dead Snow, Hansel and Gretel: Witch Hunters) is hinting that a follow-up is coming, in development, and already in the contract phase.

For example, Virkola says, the next film could feature ideas he deliberately “left on the floor,” such as the North Pole, Mrs. Claus and elves. The original film, which premiered in theaters on December 2 and came out on video-on-demand on December 20, was largely set in a Connecticut mansion. “Story-wise I think we have a really, really cool idea that expands on the world and the scope, but still keeping the tone that we already love,” Verkula said.

The holiday film – which also stars Stranger Things and Black Widow actor David Harbour, as well as The Menu’s John Leguizamo – did well at the box office. Violent Night opened domestically against Black Panther: Wakanda Forever with a surprising opening Over $10 million. To date, the film has grossed over $75 million in theaters worldwide on a budget of $20 million. It has also made a bit more money in streaming, though that figure is not yet public.